The Saharan Desert region is the largest hot desert in the world so it is obvious it would include a lot of Countries. The area of the desert stretches over three million square miles, which is equal to the territorial region of the USA and China. The region covers a majority of the continent of North Africa is covered with the Sahara Desert which is about 30% of the complete Saharan desert. The average rainfall in this area is about 200mm.

Some of the countries, which form part of the Sahara Desert are-

The Egyptian region of Sahara Desert:

This is a territory of the Sahara which lies west of the river Nile till the border of Libya and south from the Mediterranean ocean to the edge of Sudan. It is named as opposed to The Eastern Desert which stretches out east from the Nile to the Red Sea. The Sahara Desert in Egypt covers the area of 26000 square miles which is more than 66% of the whole country. The Sahara in Egypt is mostly rocky and less sand.

The Libyan Region of Sahara Desert:

Northern and Eastern region of the Sahara Desert in Libya. It is the arid, hottest and the remotest part of the Sahara. Rainfall in this area is similar to Egypt, minimal rainfall. It Sahara in Libya is more than of Egypt almost double of it. The country itself has an area of 1760000 square kilometers of which desert can only be found in the narrow coastal strip of the north. According to Wikipedia, the desert covers an area of 1,100,000 square kilometers (420,000 sq mi) and extends about 1,100 km from east to west and 1,000 km from north to south. Unlike Sahara in Egypt, you could find a wide assortment of scenes like mountains and oasis over there. In summer the temperature can exceed 50 degrees Celsius. At night due to hoar frost “white Nights” occur in this area now you may think what is the difference between hoar frost and Frost? Well, frost makes minute icy crystals which cover grounds and trees but when the grains grow larger than normal, we called it hoar frost. Record temperature in Sahara was also recorded in this region in the 1920’s which is 58 degrees Celsius, the highest on the planet. Most minimal desert temperature is taken down in Coastal regions which are 9 degree Celsius.

The population of Mali is about 20 million and more than a majority of the people are under the age of 25. Mali itself is probably the most sweltering nation on the planet. More than 60% area of the area is occupied by the Sahara Desert. Mali is considered as the hottest country of Africa due to its heavy heat seasons especially in April the temperature of Mali can rise up to 46 degree Celsius. In some zones,

Chad is also located in northern Africa. Therefore, it is obvious that the desert stretches the northern side of the zone. The average rainfall in this region is also very low. It encounters hints of precipitation as meager as 1.16creeps of downpour yearly. Luckily you can find a few oases there which is the wellspring of water for animals and locals alike. Locals irrigate crops and plants through this water. At the beginning of the year, the temperature can rise up to 32 degree Celsius during May it increases to 45 degree Celsius. Strong winds bring about amazing windstorms in this region.

The Sahara Desert in Morocco:

When we talk about the Sahara Desert than it in the south of morocco. Most tourist from around the world comes to visit Sahara in Morocco because the Sahara in Morocco has more sand than any other place. Most of the sand dunes can be found in this region. You could go to Sahara bypassing Merzouga. Merzouga is the town on the corner of the Sahara Desert. It is also the passage to Erg Chebbi Sand Dunes. Marrakech to Erg Chebbi desert tour is the highlight of the Morocco Desert tour.

The Sahara Desert in Niger:

Unlike other countries on this list, this one is located in western Africa. It is named Niger after the Niger River. It is about the size of France and over 80 % of the country is covered by the Sahara Desert. It borders Nigeria and Benin towards the south, Burkina Faso and Mali towards the west, Algeria and Libya to the north and Chad to the east.

If we talk about some civilization and a brief history of Sahara then you would be astonished to hear that Sahara is rich in culture and in heritage. It is the first region in Africa to be farmed about thousands of years ago. You probably thought how could anyone do farming in the desert thousands of years ago but recent research shows that Sahara was once Greenland full of the oasis. It changed to desert about 10000 B.C.

The Sahara Desert is one of the aridest and beautiful regions in the world. There are many awe-inspiring tours and vacations that can be enjoyed in the utmost luxury. Most of the world’s leading tour companies operate exotic travel vacations to this part of the world. If you want to see nature at its harshest best while enjoying the culture and food habits of the region in utmost luxury, Sahara offers a lifetime experience of rich memories. 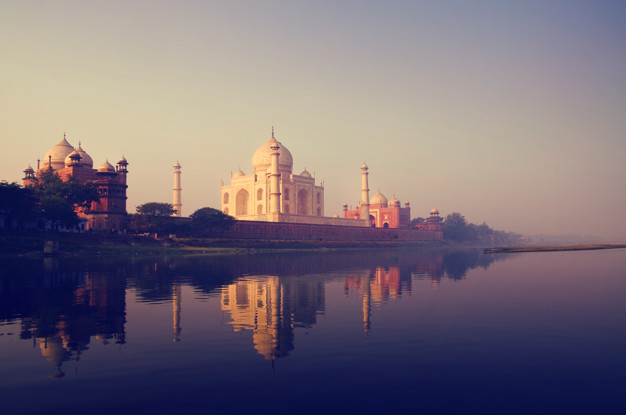 Looking To Swim With The Dolphins: Here Is Why You Should Visit Puerto Vallarta

5 Top Destinations of Morocco – what to see & where to stay?

Spend a Glorious Tour to the Unexplored Things in Gujarat