Top 5 Places to Visit Near Jaipur with DSLR

Jaipur is regarded as the most romantic city with the brilliant architecture seen on the forts and the palaces in the city and the radiance seen in numerous parks and baghs. The culture and the tradition of the place get brewed perfectly in the city’s lifestyle bearing amenities and facilities welcoming the tourists and travelers. You cannot just travel without your DSLR camera when you take up the Jaipur Tour Package from the Royal Adventure Tours.

Hawa Mahal is a palace in Jaipur. It is build of red or pink sandstone. It was built in 1799 by Maharaja Sawai Pratap Singh as a continuation of the royal City Palace. This palace was designed by Lal Chand Ustad. And this is the only palace built in Mughal and Rajput architectural styles. There are a total of five stories in the Hawa Mahal and this palace still stands in its 87-degree angle. This palace is a 5-story building with 953 small windows. Due to these small windows, the cold air comes in the castle. This is also called the window of air. Renovation of this palace was started in 2006, which was done after about 50 years from today.

City Palace is a beautiful palace conference which is located in the middle of the pink city of Jaipur. This beautiful complex houses a vast courtyard and attractive gardens, which is a sign of its majestic history. This complex was built by Raja Sawai Madhu Singh. This palace is also a beautiful palace like the Chandra Mahal and Mubarak, which makes it even more beautiful. To see the beauty of the palace, tourists visit thousands of people from all over the world every day. There are three main entrances to this complex which are Virendra Pol, Uday Pole, and Tripoliya Gate.

Ideally, Jantar Mantar is considered to be one of the most important tourist centers in the city, just a few miles away from the city palace and the air palace of Jaipur. Many tourists visit here every day and fully enjoy it. It was built by Rajput King Sawai Jai Singh. The work of Jantar Mantar was completed in 1738 CE. This is the world’s largest stone wall block and also included in the UNESCO World Heritage site. Jantar Manat was constructed for the study of time and satellite. There are 14 major instruments in this observatory, which can be used to measure time, to predict eclipses, to know the motion and position of a star, to know the divisions of planets in the solar system.

One of the few famous temples of India is the grand Birla Temple of the Pink City of Jaipur. Laxmi Narayan Temple, famous for its glory throughout the country, is known as Birla Mandir. This temple was built in 1988 by the Birla Company Group. This temple is famous for the miniature etching in white marble. There is a temple of Ganesh Ji near the Birla Temple, which is known by people as Moti Dungari, this temple is one of the Parasiddh Mandir of Jaipur. The sculpture here is viewable and it is considered an example of continuous art of Rajmisrias and sculptors. The marvelous structure of the temple is worth capturing in your DSLR.

Jal Mahal is the center of attraction for the settlers in the womb of the Aravali hills situated in the middle of Manasagar Lake of Jaipur. Being in the middle of the lake, it is also called ‘I Ball’. Well, it was known as ‘romantic palace’. More than 1 lakh trees are engaged in the nursery of Jal Mahal. These trees make the litigants free of pollution. Here you can see thousands of variations of Aravali plant, ornamental plant, shirb, hedge, and cripper. This nursery of Jal Mahal has been developed to enhance the beauty of the palace. This nursery is the tallest nursery in Rajasthan. 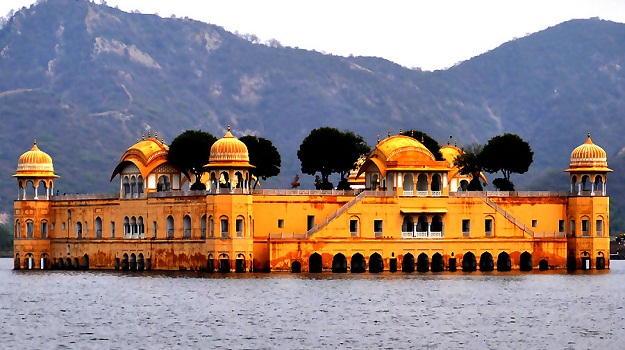 Many amateur and professional photographers consider taking up the Jaipur Rajasthan Tour Package for capturing the reflection of the culture and tradition in the structure and designing of the monuments and other such tourist attractions.

Mashum Mollah is the feature writer of Search Engine Magazine and an SEO Analyst at Real Wealth Business. Over the last 3 years, He has successfully developed and implemented online marketing, SEO, and conversion campaigns for 50+ businesses of all sizes. He is the co-founder of Social Media Magazine.